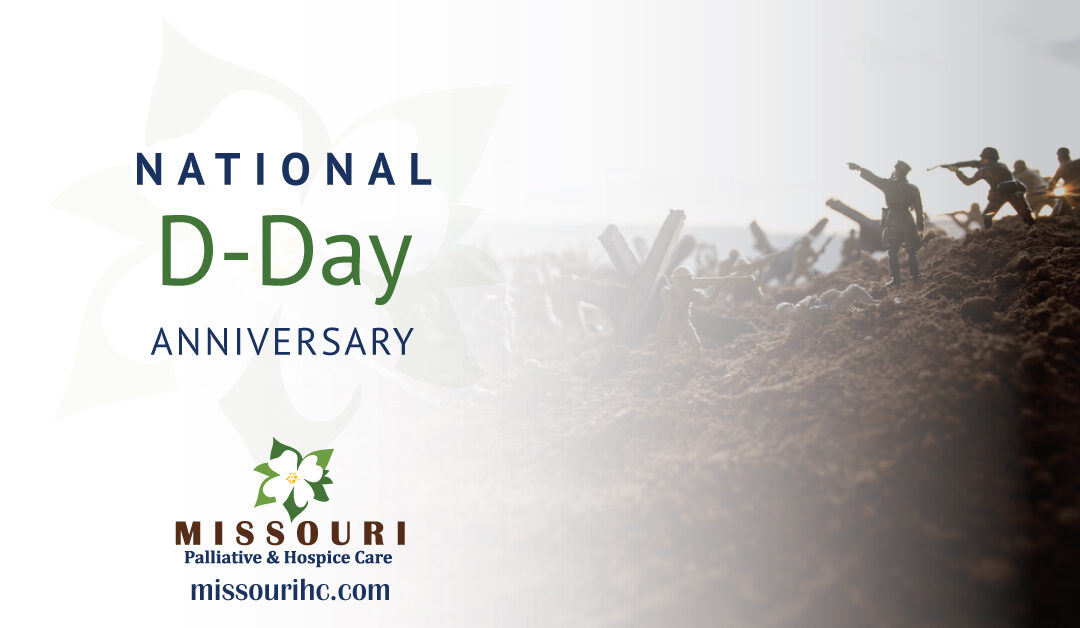 On June 6, Missouri Palliative & Hospice Care commemorates one of the most significant moments in history: D-Day, the day that Allied troops stormed the beaches of Normandy, initiating the final chapter of Nazi tyranny. Gen. Dwight D. Eisenhower called the operation a crusade in which “we will accept nothing less than full victory.”

More than 5,000 ships and 13,000 aircraft were part of the invasion on D-Day, which eventually led to the Allies gaining a foothold. It’s been reported that more than 9,000 Allied soldiers were killed or injured on D-day. Their sacrifice — the ultimate sacrifice — paved the way for more than 100,000 soldiers to start the slow and arduous journey across Europe to defeat Adolf Hitler and his troops.

It’s important to commemorate this day and the brave men and women who fought for our freedom. Our veterans not only halted the Nazis, but they were also responsible for fighting for a much-needed period of peace in Western Europe while also helping rebuild the war-torn continent.

A whopping 16 million+ Americans served their country during World War II, but today, fewer than one million are still alive.

There is no question that the soldiers who fought in World War II did their duty. Now it’s our turn. At Missouri Palliative & Hospice Care, we are committed to caring for these honored veterans by providing the very best physical, mental, and spiritual care possible. To serve these patients with a gold standard, our staff and volunteers are trained in caring for veterans and dealing with the effects of PTSD — on both the veteran and their family.

If you are lucky enough to know a WWII veteran who is still living this D-Day, you can show your appreciation by:

From the bottom of our hearts Missouri Palliative & Hospice Care thanks the veterans who fought on D-Day and all veterans for their sacrifices for our freedom.