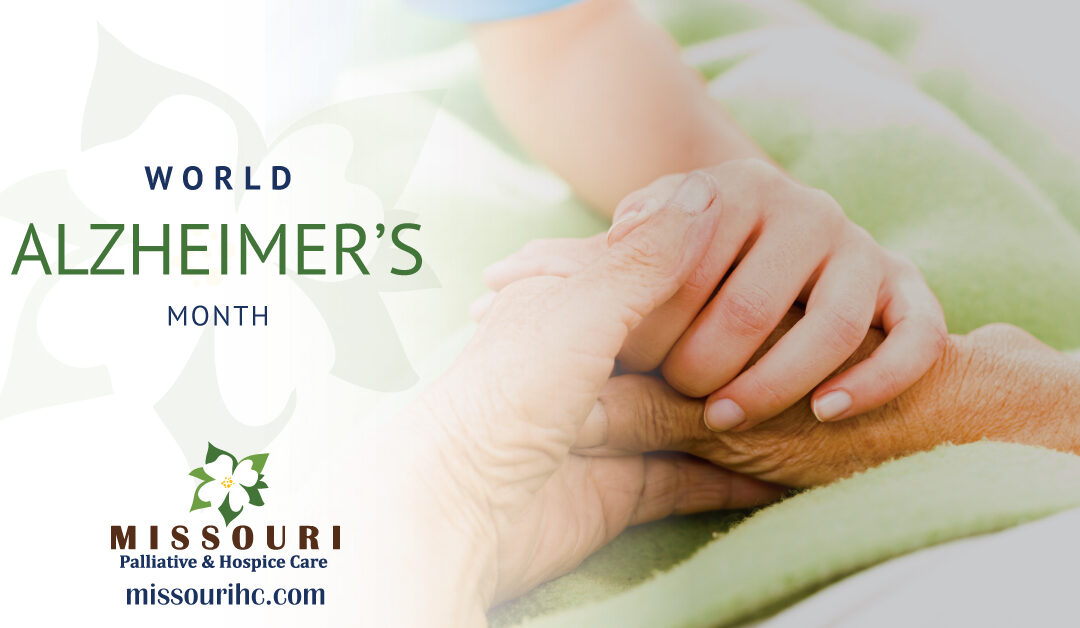 September is World Alzheimer’s Month. The international campaign is intended to raise awareness and money as well as challenge the stigma around Alzheimer’s.

World Alzheimer’s Month is a good time for a refresher on what Alzheimer’s is and its symptoms, tips for healthy aging, as well as how hospice and palliative care can help with healthy aging.

What is Alzheimer’s Disease?

Alzheimer’s, the most common cause of dementia, is a general term for the loss of memory and other cognitive abilities that is severe enough to interfere with daily life, duties, and responsibilities. According to the Alzheimer’s Association, Alzheimer’s accounts for 60-80% of all dementia cases.

The most common symptoms of Alzheimer’s include:

When Alzheimer’s is severe, the symptoms are more intense, including:

The good news is that there are some things you can do to stave off Alzheimer’s, including:

How Hospice and Palliative Care Can Help